Accomplished Recital from the Music Scholars 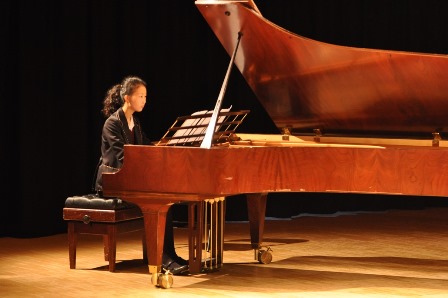 Fifteen of our current Music Scholars joined forces to deliver a thoroughly enjoyable evening concert this week, demonstrating a high level of musical aptitude and accomplishment, and enjoyed by a large audience. Soloists performed on a range of instruments, including piano, voice, marimba, strings and woodwind. Pupils introduced their own pieces and attempted to give their audience a deeper appreciation of the music.