A day in the life of a Sixth Former 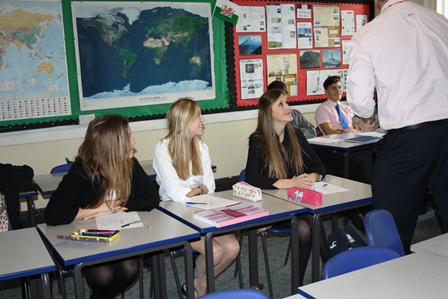 Year 11 had the opportunity to experience life as sixth formers on Wednesday.

In preparation for the launch of the Cathedral School's Sixth Form in September 2013, students wore smart professional dress rather than school uniform, had five A Level lessons of choice, a period on university admissions and the use of a common room facility for the day.

There was a lovely ‘buzz' in school with the students commenting on how the taster A Level lessons had given them a real idea of what to expect next year, their enjoyed sense of independence and particularly having their own common room!