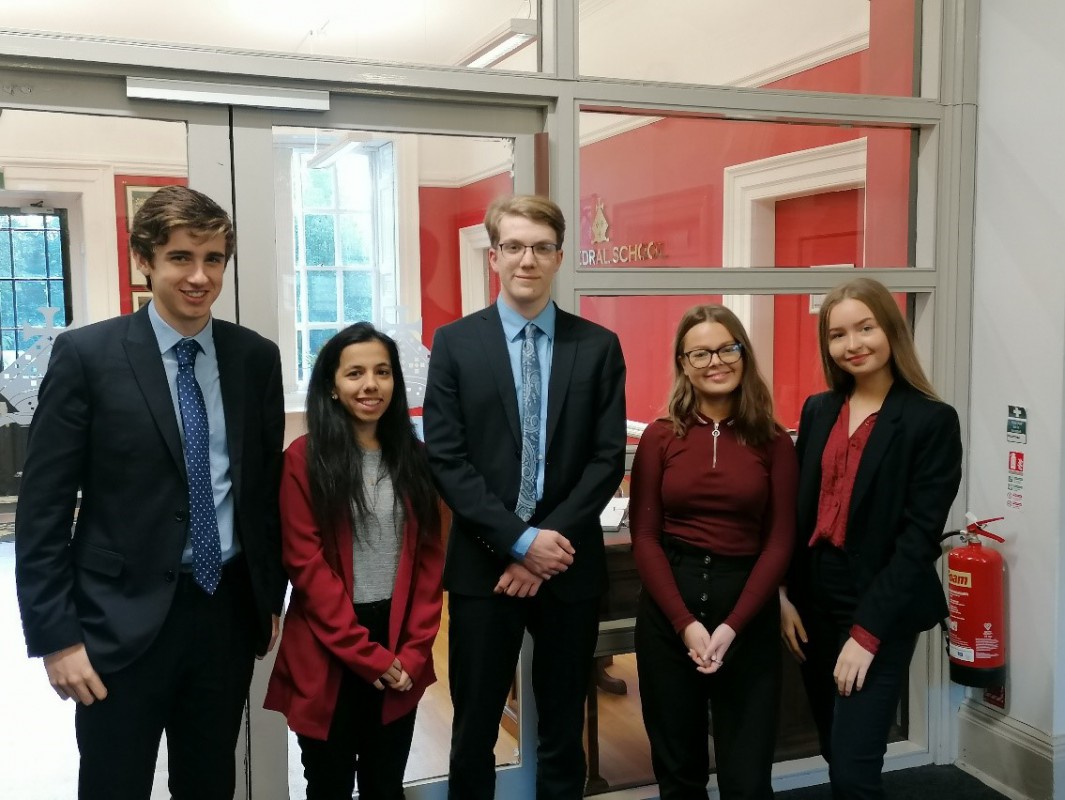 Year 12 students participated in the Welsh School Debating regional rounds on this week with notable success.

Saiba A and Francesco B were pitted against a team from Bishop of Llandaff, proposing the motion ‘This House believes that volunteering should be compulsory for one year when students leave education’. The team defined the motion very cleverly, showing clear strategic skill and argued their case with clarity and conviction. Their questioning of the opposition was another strength and their overall performance won plaudits from the organisers and judges alike.

Megan D and Amelia F also performed superbly. They were up against Howell’s opposing the motion, ‘This House believes that, when a multi-national corporation conducts business in a different country, it should enforce the same environmental standards as it would at home’. Their skilled arguments against such a complex issue and their outstanding teamwork were evident to all; resulting in them winning the Best Team award and being selected to enter the quarter finals in Newtown in December.

In addition, Joseph B represented the School in the individual speaker competition. Joseph delivered a compelling speech with humour and skill to oppose the motion that ‘This House believes that the voting age should be reduced to 16’. He then took probing questions from the floor for four minutes, answering incisively and with poise, which resulted in him being selected as Best Individual Speaker, also going forward to the quarter finals. A clean sweep for The Cathedral School!

Well done to all of our competitors for the hard work put into preparing and practising, but also for the way they conducted themselves throughout the day. This was a particularly difficult regional heat with six strong schools sending teams to compete.