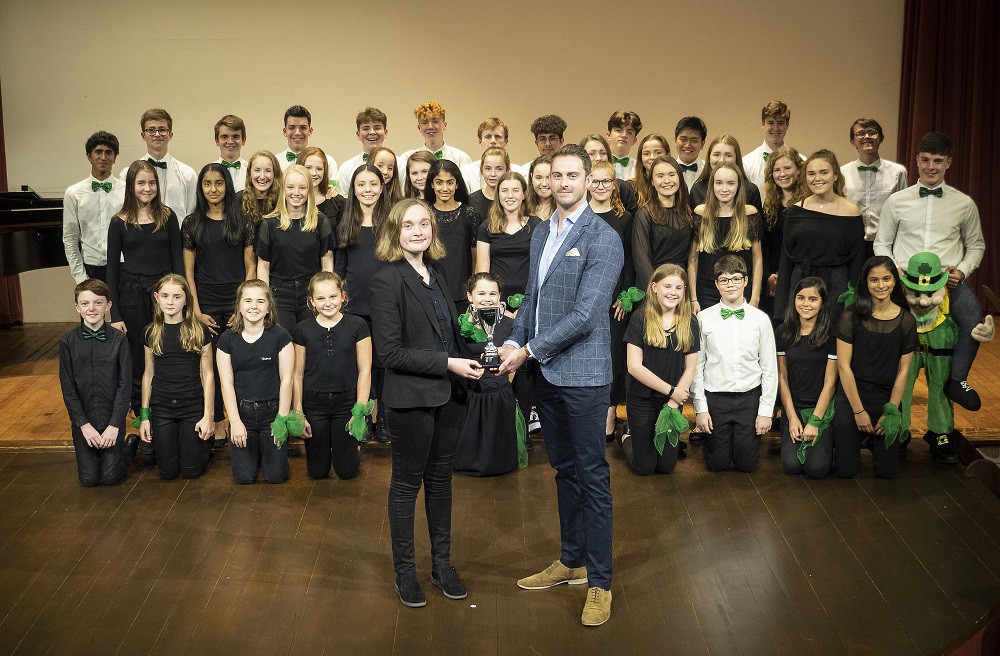 This week as 120 pupils made their way to the Reardon Smith Theatre for our annual House Singing competition, passion, emotions, adrenaline and the smell of hard work hung heavy on the air as the six choirs practised their pieces, all arranged and choreographed by the pupils themselves.

This year’s theme was One Direction Songs, and the full choir songs were:

Dyfrig, If I could Fly

Euddogwy, Story of My Life

Each house had a free choice for the a cappella songs, and the selection was certainly eclectic:

Dyfrig, Only in sleep by Eriks Esenvalds

Euddogwy, Only You by the Flying Pickets

Teilo, Man in the Mirror by Michael Jackson

Each piece had its own strong points and imperfections, and judge David Mahoney, Old Llandavian and former Deans’ Scholar and now music producer and member of the internationally famous Only Men Aloud, was generous and helpful in his comments.  Dyfrig’s strong musicality was admirable, Euddogwy’s musical communication was excellent and Teilo’s a cappella piece was the strongest of the evening.

In the end Euddogwy won by the narrowest of margins, with Teilo in second and Dyfrig securing a worthy third. More photos from the competition can be found on the website: https://www.cathedral-school.co.uk/gallery.html