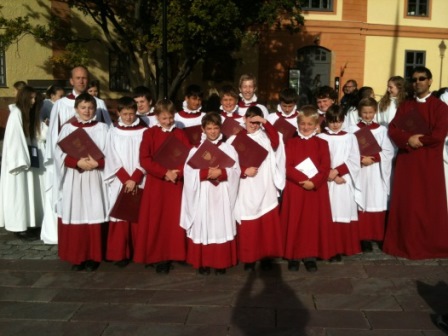 The boy choristers recently took part in the Festival of Young Cathedral Voices at Llandaff Cathedral's twinned Cathedral of Uppsala in Sweden.

Eight choirs from around Europe were involved and the boys were immersed in Swedish culture, staying with families of the boys' choir of Uppsala Cathedral.

Taking part in two musical performances, their own concert and a High Mass, which was broadcast live on Swedish radio, an anthem was also specially written for the 400 members of the combined choirs, which needed five conductors positioned around the Cathedral and lots of rehearsals!

It was an incredible choir tour which they will always remember.