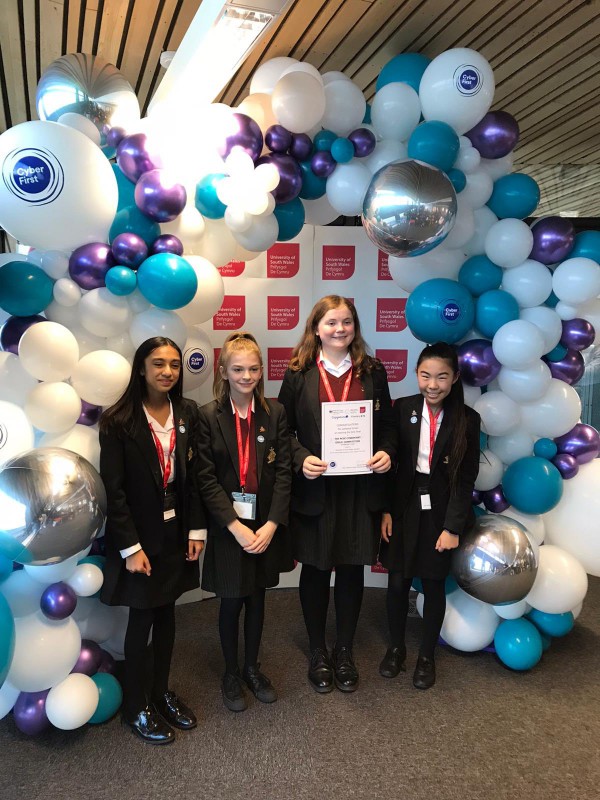 After taking part in the online qualifying round against 12,000 participants, the team, consisting of Janvi, Agnes, Iris and Bethan from Year 8, showed stellar problem-solving skills in the semi-finals and accumulated enough points to secure themselves in the final which will take place in Wales on 16th March. They competed aganist nine other Welsh schools and are now one of the ten schools that will compete in the Grand Final. Congratulations to the four of you on your excellent teamwork.
It was also great to catch up with Old Llandavian, Holly Lidbury, who was working at the event and cheering the girls on.

Also in this section