Prayer Space returns to the Chapel 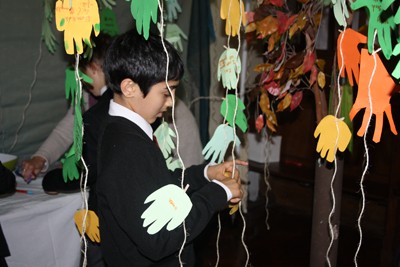 ‘Prayer Space’ has taken place for the third time in the Chapel. 418 pupils from Year 9 down to Year 2 and 20 sixth form students visited the Space over three days to enjoy some interactive activities designed to create space to pray or reflect on their own terms.

Each of the eight multi-sensory activities enabled pupils to be thankful, be empathetic, be still, be forgiving, be sorry, be individual and be community.