Co-curricular at its best 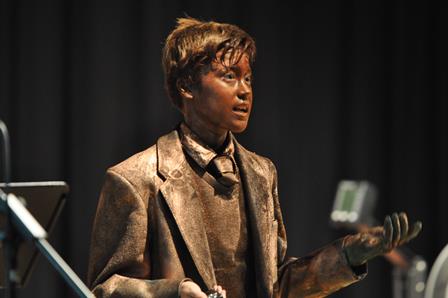 We enjoyed a fabulous evening of presentations from Year 8 and 9 pupils this week.  Some of those who have worked so hard on the exacting Headmaster's Award throughout last year talked us through what they have been up to.

The range and quality of activities were astonishing, everything from music to rowing, helping in the Infants to being a human statue! So when we saw everyone collecting their awards, whether at pass, merit or distinction level, we also received a flavour of the commitment and passion that had made everything so worthwhile.

Year 10 received their Gold Headmaster's Awards in the Cathedral, and it is great to see so many of them now involving themselves seamlessly in the Duke of Edinburgh's Award.